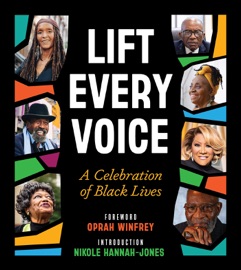 
For so long, too many stories that reveal what it means and feels like to be Black in America have been overlooked outside Black communities. After these long years of racial reckonings and nascent awakenings, LIFT EVERY VOICE presents interviews with the oldest generation of Black Americans about their lives, their experiences, and the wisdom that can carry all of us to a better future. The 50 fascinating individuals—civil rights activists, hometown heroes, celebrities, and many others—include:

• Faye Wattleton, 77, Reproductive Rights Activist and the first African American and youngest president of Planned Parenthood who recounts her experience as a nurse and midwife in the 1960s
• Patti LaBelle, 77, Singer/Songwriter who shares her thoughts on aging and her career as an internationally celebrated powerhouse singer
• Andre de Shields, 75, Actor, Director, Choreographer who discusses the essential values and lessons his parents taught him
• Fred Gray, 89, Civil Rights Lawyer who represented Rosa Parks and battled segregation throughout his life
• Clarice Freeman, 100, Educator and Community Leader in Houston, Texas who speaks about how to live a long and fulfilling life

The insightful interviews were conducted by a brilliant team of rising Black journalists, many from historically Black colleges and universities, and the portraits were shot by a talented group of next generation Black photographers. Lift Every Voice is named after the James Weldon Johnson poem and hymn "Lift Every Voice and Sing," which is often referred to as the "Black national anthem." This keepsake book is both a testament to the strength of the stories behind them and a triumphant beginning for a new generation of journalists.